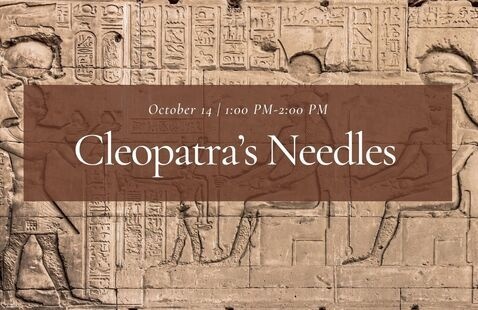 Rome boasts 13 monolithic granite obelisks from Egypt coined Cleopatra’s needles. Second only to the pyramids are Egypt’s obelisks, a monumental four-sided pillar tapering made from solid granite topped by a miniature pyramid. In 31 BC, the Roman general Octavian defeated his rival Marc Antony and Queen Cleopatra, and Egypt was then annexed as a province of the Roman Empire. Take a Vespa tour through Rome’s city center, led by Caroline Cocciardi, Leonardo da Vinci researcher, and be amazed how Roman engineers were able to transport and erect these 326-ton monoliths and discover how a Christian nation accepted their pagan symbols as part of its history. INSTRUCTOR: Caroline Cocciardi

Link to zoom session will be sent after registration.